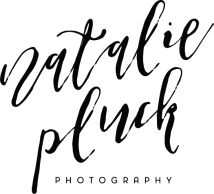 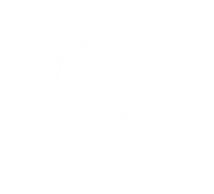 Is there really anything greater than a good old confetti photo full of joy!? (that was a trick question, of course there isn’t!)
Getting a confetti shot is quite simple, hand confetti out and get your guests to throw it in your general direction! However, getting that EPIC confetti shot is a little trickier… Fear not however, for I have 5 super simple steps for you to follow to get the confetti packed shot of your dreams!!

First step is to buy the right confetti for the job, bonus points for being friendly to the environment too!
I recommend a dried petal with a light or bright colour with good surface area to get it to hang in the air for as long as possible! This is pretty good stuff right here: https://tinyurl.com/ycz2y8ke
The more confetti guests can stuff into their hands, the more impact they will have in the shot – when you think you may have bought too much, go ahead and buy a little bit more!
There’s no such thing as too much confetti…
(Side note – Lavender smells nice but doesn’t show up in photos all that well!) 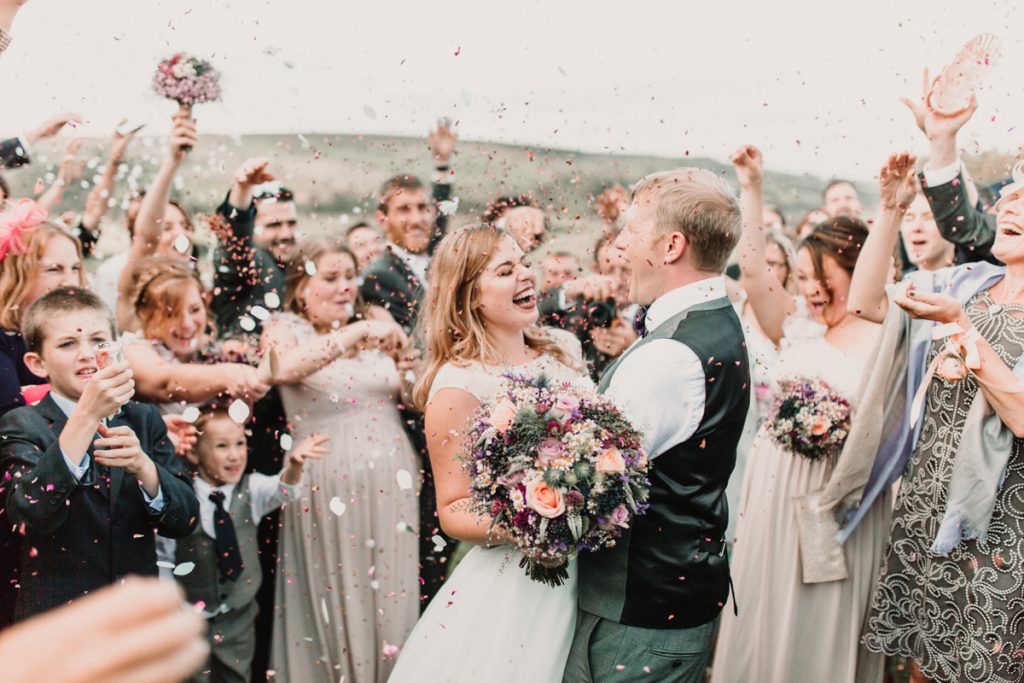 2. CANONS AT THE READY

While you’re internet browsing for some confetti, I highly recommend adding confetti canons to your basket too.
One or two will do (or seven if you’re feeling extra) but these add a powerful burst of life and shower of colour to any confetti photo!
You can get biodegradable options too (save the planet, yo!) 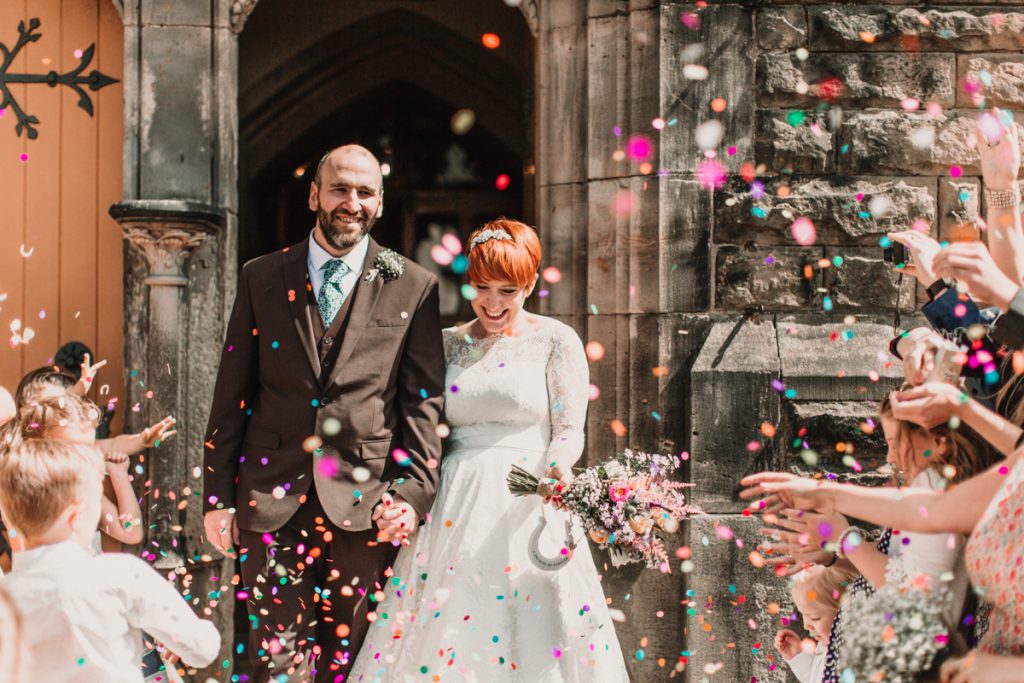 Now, I know, I know… you’ve been Pinteresting your perfect confetti holder, trust me though, while they look cute in person, they don’t allow for optimum confetti throwing! Plus, all those pointy ends at eye level… No thanks! Cones and bags look weird in shots and give guests extra stuff to hold when they’ve probably already got a purse or drink in hand and lets be honest, they don’t want to faff around, they just want to get to the part where they throw the stuff at you!
Swap the cones for a super adorable basket packed to the brim with loose confetti, pass it round your guests and encourage them to take hand fulls of the stuff. The more they throw at once, the more epic the confetti shot.
(…remember, you can never have too much confetti…) 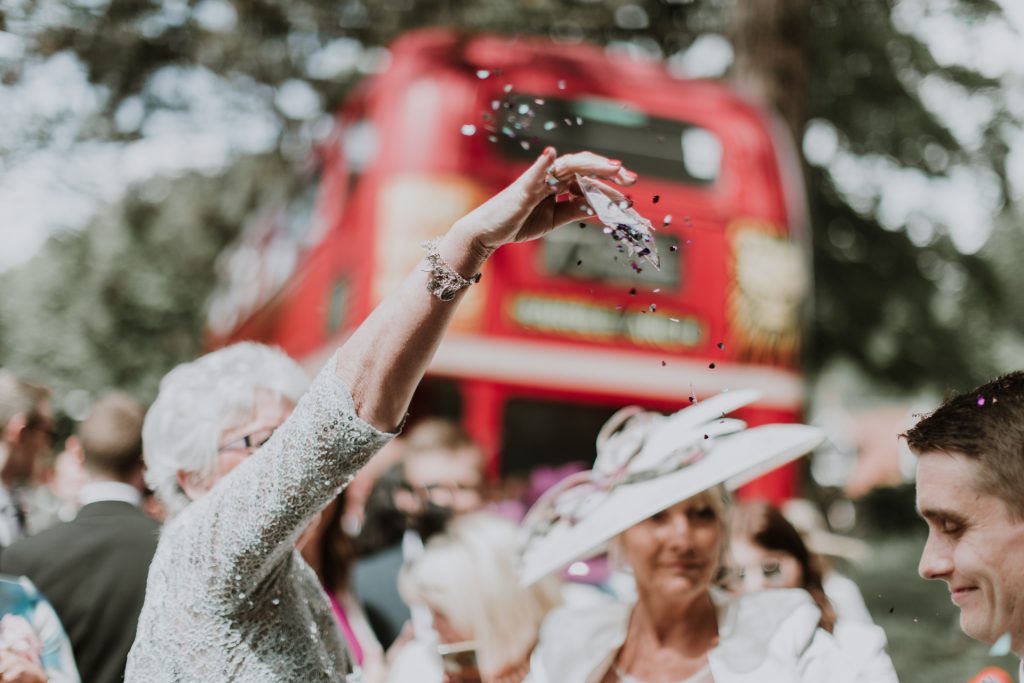 4. swap the line up for a crowd

The traditional walking down the aisle of confetti shot is great, but it doesn’t often pack the right punch.
Consider, instead having your guests crowd around you to throw the confetti. This way you get layers and layers of the stuff and it’s just a good old explosion of colour and happiness!
This also lets you guys stand there and hold onto each other for dear life rather than trying to walk while thousands of small objects are being thrown at your faces! (Yaaay!) 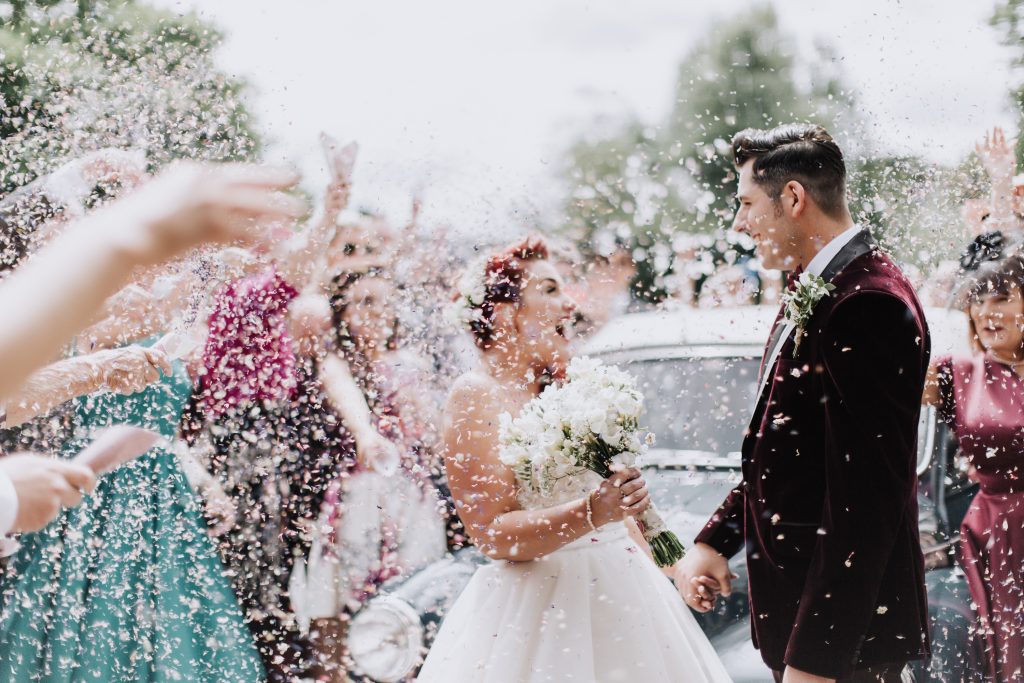 Get swept up in the moment, forget about the camera and give yourselves a minute to embrace the chaos and feel every ounce of joy you can in that moment, after all, you did just officially tie the knot! Take a leaf from Frankie’s book and ‘relax’ (as much as you can with all the excitement) and I promise you, you’ll get a confetti photo that you can treasure for a life time. Chaos, happiness and all! 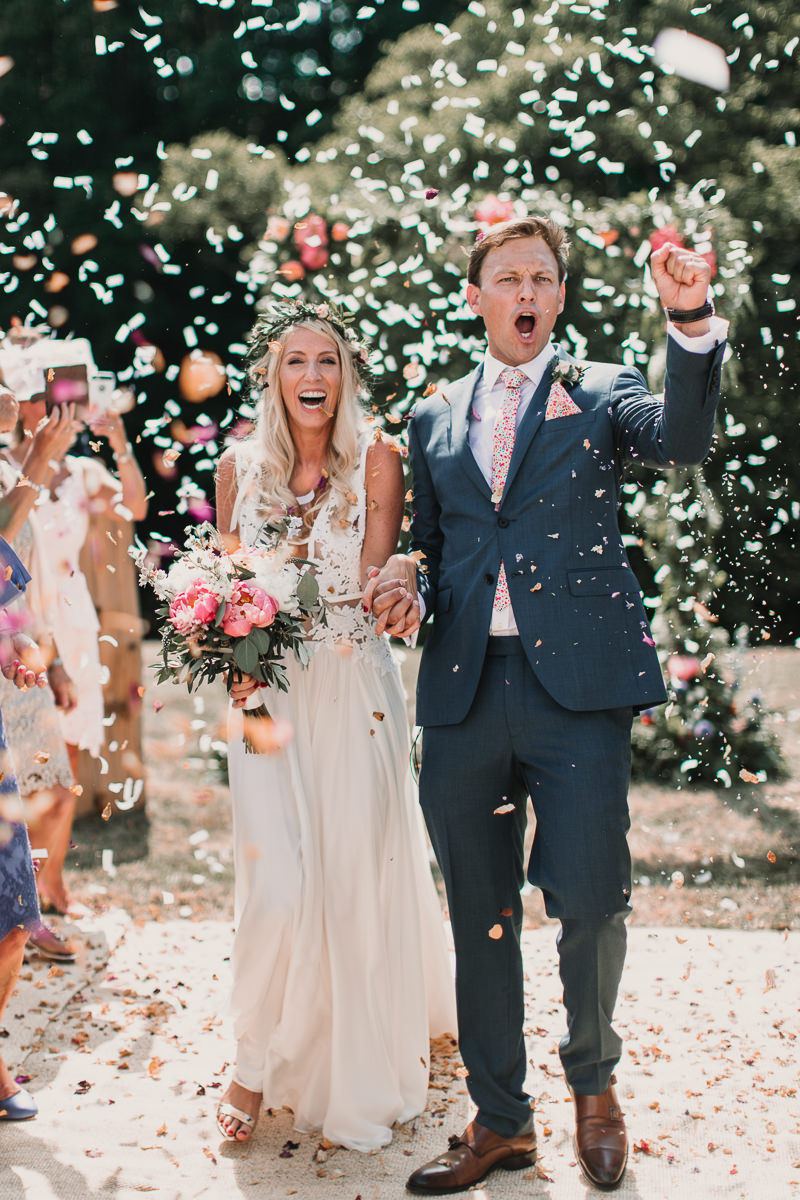 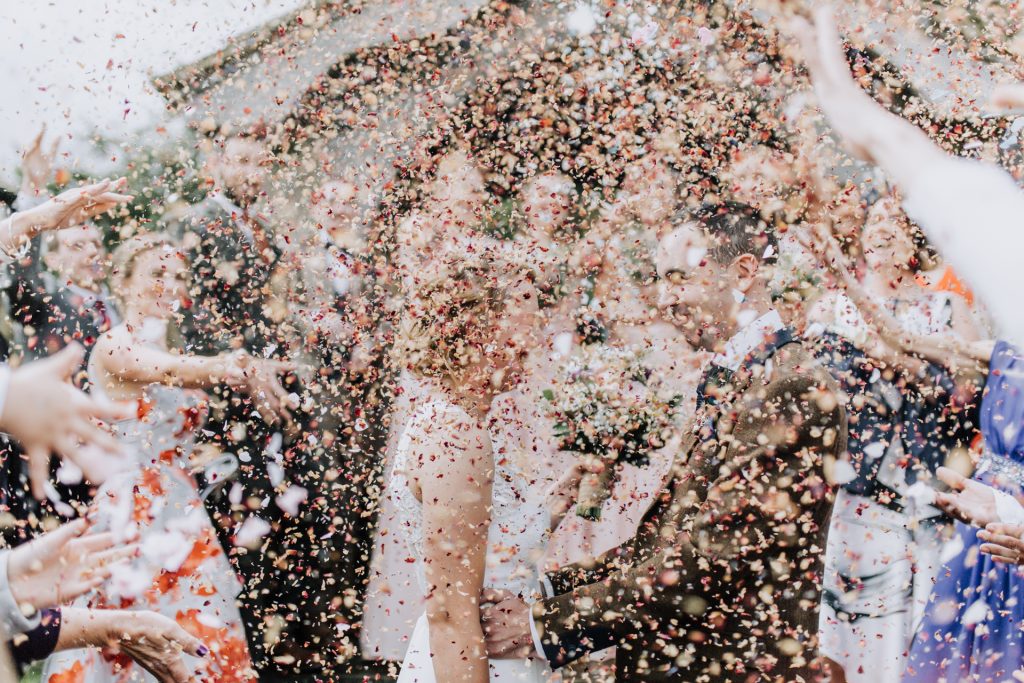 (don’t worry, I got shots with their actual faces in too!)

Got any more tips on creating an epic confetti photo? Please share it in the comment section below!

IF YOU LIKED THIS GUIDE ON 5 STEPS TO EPIC CONFETTI PHOTOS AND WANT MORE ADVISE ON YOUR WEDDING PHOTOS, LET ME KNOW WHICH TOPICS YOU WOULD LIKE ME TO COVER BY HEADING OVER TO THE CONTACT PAGE